BEATRIZ SEMPERE was born in Alicante (Spain) in 1975 and graduated in Industrial design in Valencia, Spain. Since then, she has taken part in countless contests receiving several prizes and honour awards. She attends a Footwear Modelling course at the Technological Education Centre and also develops designs for leading international companies. But her real passion is housing and the study of its environment as an essential quality. Therefore, she is devoted to seeking forms that may enhance the architecture of interior spaces of today and tomorrow.

In 2000 she moved to Italy where she has continued designing furnishing elements, combining Spanish tradition with a taste for refined and harmonious, but also linear and geometric design. Pure. Real Italian. A romantic but at the same time modern and rational outline.

She currently collaborates with renowned celebrities and experts in the world of design, with several companies, and sometimes following the product’s artistic direction.

For Beatriz, designing is an expression, visual communication, an aesthetic language intended to create spaces with the human being as the key element.

Excitement is her ultimate goal which she often accomplishes by creating objects that are apparently different but linked by the essence and standardised by meticulous and functional technology. Beatriz targets a heterogeneous public, always maintaining austerity in her designs. Fair and SIMPLE. After all, her romantic character is what brings life to her production.

“Functionality and ergonomics are essential in each one of my projects. Their combination will always result in an object gaining public recognition over time.”, she says”

«Only when it comes from the soul, it works… I believe design as an art.». Art is the Soul of an object with a strong personality. An object must be loved, cared for down to the finest detail”

… This makes Beatriz an attentive connoisseur of taste. She appreciates frivolity and dissatisfaction in the 70s design, but it is to the modern humankind that she addresses her sobriety, needs and contradictions.
She creates a harmonious relationship between man and object…

After working for several years for interior design studios creating unique or a limited number of items, her first manufactured furniture product offers her the greatest satisfaction with a collection of more than 13 items.

«Apelle», has recently won the second prize «Edward Haimsohn Design Award» as the best Made in Italy, Originality and Quality, in San Diego, California.

Yet it was her FRISÈ armchair that first crossed over Europe’s borders.

Another major collection is «Guapa» with the birth of her studio «sempere#poli Design» or some very expressive ones such as Loopy, MOU, Santiago, Clip, EMME, OH!, PlisPlas … and also one of the latest projects named FOREST inspired by nature, its surroundings, those moments where the photographs were taken, its walks, its breathing… She believes that designing requires being at peace with oneself.

80% of her projects stem from her hands, from her imagination, from her models. Then it goes on to the technician, and then the most beautiful stage comes at the Company’s workshop, verifying and following every single millimetre and detail, achieving the highest level of Ergonomics and Quality.

Beatriz has managed to use the same FORM (product) in a Vintage, Minimal, Luxury environment …

«There’s always a reason for the birth of a product, and it’s probably not because you replicated it from another one or because you follow a trend.»

«We can reach out to express the feeling with the line… a line that will later be called ALMA. If this fails to bring sensation to others, I believe it is because it did not emerge from the heart, from emotion, and if taste is present… it will surely remain with the passing of the years».

The first time she exhibited her work was at the Salone del Mobile 2010 where she was awarded an honour award for her EMME table, and in 2017 her ZigZag was selected as one of the best projects for the «20 AÑOS del SALONE SATELLITE / Pianeti e Stelle di nuova creatività”. She conceived it as the «Lifeline».

«In the end, in life and design, one should not compete with anyone. Express your feelings. Give your best…» 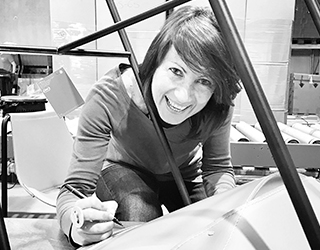 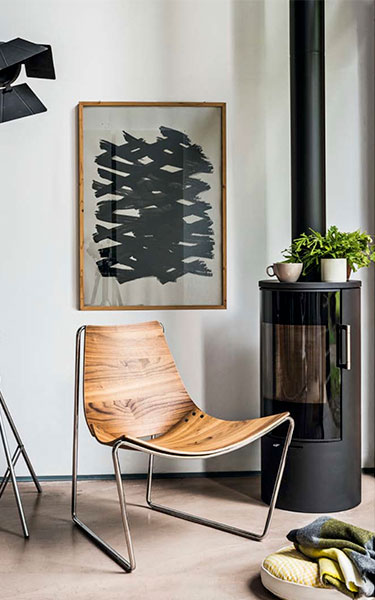